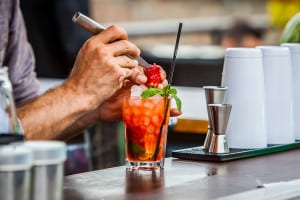 In states across the U.S., you’re considered intoxicated once your blood alcohol concentration (BAC) reaches .08 percent. With that much alcohol in your blood, you’re unable to make the right decisions behind the wheel of a car, and you’re a danger to everyone on the road.  However, before you even get to the .08 BAC line, you’re already well on your way to being impaired by the effects of alcohol. You’ve got a buzz, and now you’re thinking about driving home.

In New York, driving with a buzz can end with a DWAI, or “driving while ability impaired” charge. If your BAC is between .05 and .079 percent, you are still driving under the influence of alcohol and that buzz of yours could lead to dangerous behaviors.

Your DWAI buzz puts you at risk for:

Just by drinking a couple of drinks, you are tiptoeing toward being legally drunk. In fact, even if you stop drinking when you feel buzzed, you may not have processed all of the alcohol you’ve consumed. That means that by the time you’re already driving yourself home, the rest of your drinks could hit your system, and you could be at or above the .08 BAC limit.

New York’s DWAI penalties include fines, possible jail time and a license suspension. A DWAI also counts as a drunk driving conviction, and it will factor into any “habitual” offender penalties. If you are under the age of 21 with a DWAI, you may also face additional penalties.

Unlike a DUI, a DWAI in New York will not require you to install an ignition interlock device or face a criminal charge. But, it is still drinking and driving. If you are buzzed or if you are drunk, remember it is easier to call a taxi than risk a ride in the back of a police car, and any drunk driving charge.