Why Am I Humming into My Ignition Interlock Device?

You are here: Home / Resources / Why Am I Humming into My Ignition Interlock Device?
February 12, 2015 by Editorial Staff 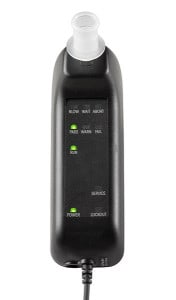 Today’s ignition interlocks have evolved over the years in response to new technology and preventing any circumvention of the devices. Just like an ignition interlock device that is equipped with a camera in order to prove the identity of the person submitting the breath sample, the device also knows the difference between a puff of air and a person’s hum through “voice-tone monitoring.” It is this technology that prevents anyone from trying to start or operate a car when using a fake sample of air.

Plenty of people have tried to use balloons filled with air, canned air or similar products to trick their ignition interlock device. Those same people have quickly learned that their device has failed them, or locked them out completely from driving. Plus, they  then have to explain to the court about the violation that was recorded on the device, which could cause a lot more problems than it is worth.

The bottom line is that ignition interlock technology accurately tests for alcohol in your blood, while ensuring that you are unable to circumvent or tamper with the device. The last thing you want after a drunk driving conviction is to end up in more trouble for your actions, whether you have tried to drink and drive again or get around your ignition interlock requirement. Humming may  not be music to everyone’s ears, but, it is definitely the sound of a person ready to move beyond a drunk driving conviction.

Previous Post: ← DWAI: New York’s Buzzed Driving Law
Next Post: Can a Driver Under 21 Years of Age Drive a Vehicle with an Ignition Interlock? →