Everything in Moderation: Binge Drinking in Michigan

You are here: Home / Resources / Everything in Moderation: Binge Drinking in Michigan
August 4, 2014 by Editorial Staff 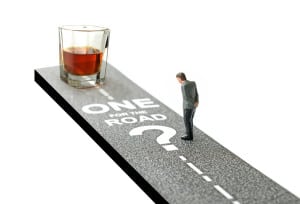 Often considered a problem on college and university campuses, binge drinking is on the rise for all adults and has been leading to problems with drunk driving and other dangerous behaviors for years. In 2012, the Center for Disease Control (CDC) released a study on binge drinking and its effects, as well as an analysis of who is binge drinking and where it occurs in the U.S. While many Midwestern states may have notoriety for heavy and/or binge drinking, the state of Michigan is actually more responsible when it comes to drinking than many of its neighbors. Still, at 17.7 percent, the rate of binge drinking in Michigan is still slightly above the reported national average of 17 percent.

Defined as consuming more than four drinks in a short time for women, or five drinks for men, binge drinking can quickly lead to problems maintaining employment, alcohol poisoning or even drinking and driving. Binge drinking impairs judgment in a different manner than moderate drinking, including the ability to determine the level of intoxication immediately after the “binge.” This means that a binge drinker’s blood alcohol concentration (BAC) can quickly rise even after he or she is behind the wheel and already driving home. In Michigan, a person who is convicted of drinking and driving can face jail time, mandatory ignition interlock installations and other consequences, and many of those convictions can be attributed to binge drinking, despite a “low” rate of binge drinkers in the state.

While anyone can feel safe enough to drive after drinking even one drink, it is always best to plan for a safe ride home when drinking. Binge drinking is a health and safety concern for everyone, and by consuming alcohol responsibly and in moderation, we are all guaranteed a much safer drive on Michigan’s streets.

Previous Post: ← Top Counties for DUI in Florida
Next Post: Drunk Driving Diversion: Miami Gets “Back on Track” →