Expanding No Refusal in Austin, TX

You are here: Home / News / Expanding No Refusal in Austin, TX
September 19, 2016 by Editorial Staff 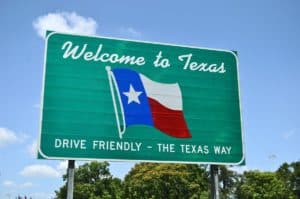 In Austin, Texas, there’s been a recent DWI trend worth watching: the public has been asking for more “no refusal” weekends in order to stop drunk drivers and keep the streets safer. The no refusal law means that if pulled over, drivers are not supposed to refuse sobriety testing.  If they do, the officer investigating the potential DWI can easily get warrants to perform blood or breath testing.  If the driver is found to be driving with a blood alcohol content (BAC) at or above 0.08 percent, they will be immediately charged, their license suspended and forced to install an ignition interlock system in their personal vehicles on top of paying fines and potentially serving time in jail.

In Texas, if you refuse a breathalyzer test, you will be faced with the same consequences as someone whom would test above the legal BAC level. Plus, that refusal guarantees you’ll have an ignition interlock requirement, too. On average, a drunk driver has probably managed to drive under the influence 80 times before being caught or charged. No refusal weekends like those in Austin, TX, are showing that with the extra effort, those estimated 80 intoxicated incidents can be stopped before someone gets hurt or worse.

With expanding no refusal laws and ignition interlock access in Austin and across Texas, the state is a lone, shining star to follow in the fight against DWIs. No refusal policies are affecting the way people plan their nights out when drinking. Especially serving as both a reminder of what could potentially happen and preventative measure for those who haven’t quite gotten the message about the risks of drinking and driving.

Austin may be one of the more unique, creative cities in the U.S., but it’s serious about keeping dangerous DWI drivers from causing more damage. With the memory of the SXSW DWI incident still fresh on the minds of residents, we can all understand why no refusal policies are giving everyone a little more peace of mind.

Previous Post: ← How to Get Your Car Serviced With an Ignition Interlock
Next Post: All Iowa DUI Offenses Matter →