Felony DUI in Missouri and Your Gun Rights

You are here: Home / Law / Felony DUI in Missouri and Your Gun Rights
February 29, 2016 by Editorial Staff 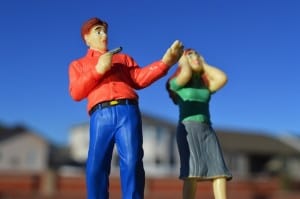 Having a general understanding of the law means that we know if we commit a crime, we are going to face consequences. Sometimes, those consequences are financial, in the form of fines or punitive damages. Other times, criminal consequences could include driving restrictions or jail. If your crimes have escalated to a felony status – a felony DUI, for instance – then you will likely also lose your right to bear arms, at least in Missouri.

The majority of states have a “three strike” policy when it comes to drunk driving convictions. After the third DUI conviction you have a felony record. A felony record, in Missouri, means that you can no longer carry a gun. On top of that, your felony DUI means that you:

At some point, you could restore your driver’s license, but you will have to have an ignition interlock device installed on your vehicle.

You could also be convicted of a felony DUI in Missouri if:

A felony DUI in Missouri, or any other state, indicates an offender may be facing some problems with judgment, above and beyond a “regular” DWI conviction. As such, the safety issues with gun ownership at that criminal level are often called into question. Since Missouri has recently taken steps to affirm the state’s stance on felons and gun ownership, clearly that concern has been answered. Instead of risking lives, your freedom and your Constitutional right to own a gun, just find a responsible, safe ride home.