Here’s What 10 Colorado DUIs Gets You 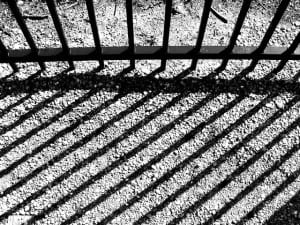 It can be hard to take things like drinking and driving seriously if the only penalty handed out is a traffic citation. This man, for example, figured that his 10th DUI in Colorado would just earn him a summons for a future court date. He already knew the DUI drill – or so he thought.

Last year, Colorado upped the DUI ante to officially put the brakes on repeat offenders. Similar to the “three strike” DUI felony statutes in many other states, Colorado adopted a “fourth strike” policy for drunk drivers. That gives a DUI offender a lot to consider, especially with the long-term limits put on personal freedom with any felony conviction.

For example, a felony DUI in Colorado means the offender could:

Keeping the roads safe is a vital part of legislature, even if it removes the “right” to drive under the influence of alcohol. After a while, and a few convictions in Colorado, you could lose a lot more than your “right” to drive, even with an interlock. You could be looking at a felony that changes your life forever.

Previous Post: ← Felony DUI in Missouri and Your Gun Rights
Next Post: A Salute to New Mexico’s Ignition Interlock Warrior →