The Florida Ignition Interlock Debate is Back On

You are here: Home / News / The Florida Ignition Interlock Debate is Back On
March 7, 2017 by Editorial Staff 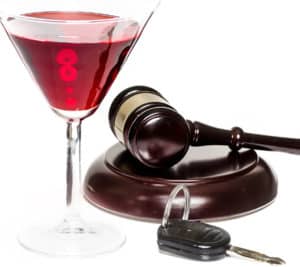 With the crazy stories we hear from Florida, it can seem like the state has lost control of the problems caused by alcohol and intoxicated residents. However, new legislature shows that even though there are salacious headlines, there are even more dedicated lawmakers willing to take on the state’s reputation and increase consequences for DUI. This isn’t the first year for a Florida ignition interlock bill to make its way through the legislative channels, but hopefully, it’s the year that legislature makes it all the way to a new law to require interlocks for all DUI offenders.

The same ignition interlock expansion bill made it to the Florida assembly last year, but no further. This year, there’s a new bill in the house, introduced by Representative Cord Byrd, and an updated senate bill pending introduction by Senator David Simmons.  This two-fold effort shows the dedication of lawmakers in the state who have seen the benefits of similar programs across the U.S. It is also a reflection of the support from other lawmakers and residents of the state who are ready to move forward to prevent more DUIs in the state. Currently, Florida ignition interlock devices are only required for certain first-time DUI offenses, as well as second or subsequent offenses.

“MADD thanks Representative Byrd and Senator Simmons for their commitment to preventing drunk driving in Florida,” said MADD National President Colleen Sheehey-Church. “We look forward to making Florida the 29th state with this lifesaving law.”

28 states currently have all-offender ignition interlock requirements, and other states (like California) will be joining that majority in the next year. By enacting these Florida ignition interlock laws, the state has little to lose except for dangerous drunk drivers on the road.

Previous Post: ← When Will I Get an Iowa Ignition Interlock Device?
Next Post: No Alabama Alcohol, More Mississippi Underage Drunk Driving? →