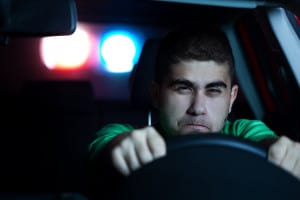 Sometimes, the state of Florida is better known for its headlines than its beaches and amusement parks. “A Florida man arrested for DUI…” is a common phrase heard on the news or read on the Internet, sparking interest in the unique ways some people find to drive drunk in the Sunshine state. These headlines may reference bicycles, beer helmets and/or rooftop diving, but, unlike Justin Bieber’s recent DUI plea bargain, many rumors about Florida and drunk driving are untrue, especially when it comes to ignition interlock devices (IIDs).

From celebrity DUI mug shots in Miami Beach to the costumed characters at a bar in Orlando, the last myth or rumor to believe is that a Florida ignition interlock device doesn’t keep drunk drivers off the road. In fact, an ignition interlock device could be very effective in changing the reputation of that “Florida man,” today, tomorrow, and for years to come, just by keeping him sober behind the wheel.

Previous Post: ← Can Someone Else Drive My Car with an Ignition Interlock Device Installed?
Next Post: Criminals Beware: Michigan’s “Super Drunk” Law is Hardcore →