Flying Under the Influence (FUI) Is a Thing

You are here: Home / Law / Flying Under the Influence (FUI) Is a Thing
February 12, 2016 by Editorial Staff 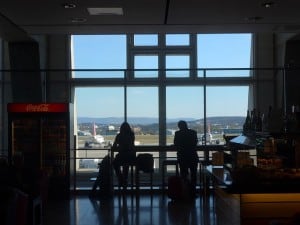 We’ve all seen the movies where airplane pilots gather in the exclusive pilot club for a few drinks. Maybe we’ve even been in a bar with a group of pilots, not really giving much attention to the fact that a pilot is responsible for the safety of a bunch of people when they’re flying an airplane. Perhaps those pilots are just unwinding after a long day… but, what if one of the pilots has more flying to do? Are they allowed to throw back a few beers with co-workers and then head off into the sunset?

No, just like anyone else operating a vehicle, a pilot cannot drink and then fly. If they do, they’ll face a FUI or “flying under the influence” charge. Unlike a first-offense DUI charge and potential ignition interlock requirement, a pilot faces life-altering consequences if he or she is found guilty of FUI. For instance, a former Alaska Airlines pilot was recently arraigned for flying under the influence, a felony, in a California court. If convicted, he will not only have that felony conviction on his record, but he could also be incarcerated for 15 years. That’s a long time to reflect on his choice to fly after drinking, one we’re sure he will never make again.

We know that driving under the influence (DUI) is a thing, and so is flying under the influence (FUI). Boating under the influence (BUI)… yes, that’s something, too. All of these have one thing in common: drinking responsibly. We know that it may seem like a great idea to toss back a few beers and go joyriding on your tractor (another DUI) or get on your high horse (literally) after slamming some shots with friends. But, the odds are that you will find yourself in the same kind of trouble as the pilot with the FUI charges – frustrated, embarrassed and looking for a “do over” for your night of bad decisions.