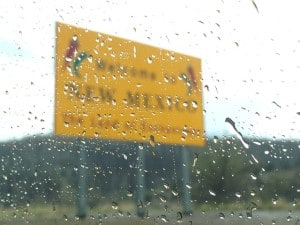 New Mexico has some new moves in the fight against DWI across the state. To be fair, New Mexico is really strict when it comes to drunk driving – including an all-offender ignition interlock requirement, mandatory DWI school and jail time. But, Governor Martinez and several other lawmakers feel that increased penalties for violations of those laws could be the key in further reducing risks on the road. As such, two bills were introduced in January to the New Mexico House to increase penalties for DWI law offenders, and add penalties for “friends” who help drunk drivers continue to risk lives on the road.

House Bill 81 adds more consequences to the current DWI law, focusing on offenders who are caught driving on a suspended license. Not everyone reinstates their driver’s license with a restricted license and ignition interlock device, leaving them able to still drive, illegally. This bill would create a felony charge for those who violate the suspended license, and a felony charge for anyone who loans that DWI offender a vehicle.

House Bill 82 allows DWI convictions to be included in New Mexico’s “habitual offender” laws, where violators will face more prison time if they fall into that designation. The extra jail time increases with each DWI offense, not to mention the penalties for violating the restrictions on driving after a DWI.

Both Bills have passed the New Mexico House and are currently going through the channels in the Senate. If passed, the state will be able to hold repeat DWI law offenders accountable for their actions, or those who try to get around an ignition interlock requirement by driving illegally on a suspended license. Considering the reputation that New Mexico has for being tough on drunk drivers, these additional restrictions shouldn’t come as a surprise, except to those who may have pushed their luck a few too many times by continuing to drive after a DWI.

Previous Post: ← Flying Under the Influence (FUI) Is a Thing
Next Post: Don’t Count on It: Closing a Missouri DWI Loophole →