Don’t Count on It: Closing a Missouri DWI Loophole

You are here: Home / Law / Don’t Count on It: Closing a Missouri DWI Loophole
February 16, 2016 by Editorial Staff 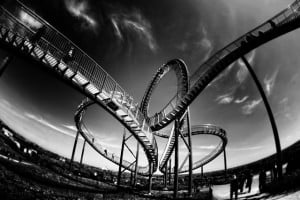 Words matter. Look no further than a courtroom to see how three little letters can quickly change a person’s life. Between December 2012 and January 2014, Missouri ran into a small problem with the letters of the law, so to speak, when attorneys discovered a misplaced “and” in its breathalyzer regulations. The extra word formed a legal loophole, allowing DWI offenders a chance to have their cases dismissed on a technicality.

We can all rest easy, as the loophole was recently fixed after a DWI was contested in the Missouri Supreme Court, based upon this wordy problem. After the offender’s conviction was dropped, the statute was quickly updated.

Loopholes like this one don’t exist for long. Few people want to allow a drunk driver a second chance on the roads without measures like probation or ignition interlock devices in place. Once discovered, the error is fixed, eliminating the chance for further issue. Considering the number of DWI offenders who had their conviction overturned due to the loophole (that would be one person) , your odds of walking away without a DWI are slim to none.

Most of us are not familiar with legalese anyway. We just take it for granted that the words on the DWI Brochure are giving us the right message, and make our choices from there. That’s a smarter plan, anyway, and you get to skip the DWI hearing. In other words, if you don’t want a DWI, you probably shouldn’t rely on a legal loophole to keep you from that conviction, an ignition interlock requirement and the mental and emotional strain of it all. Instead, you should plan to drink responsibly, find a safe ride home and not mince words over the danger you could pose on the road.

Previous Post: ← New Mexico Makes Progress on DWI Law Changes
Next Post: The 3 Reasons You Fear Your Ignition Interlock Device (and Why You Shouldn’t) →