Guess How to Get a Washington Ignition Interlock Violation

You are here: Home / Uncategorized / Guess How to Get a Washington Ignition Interlock Violation
January 11, 2018 by Editorial Staff 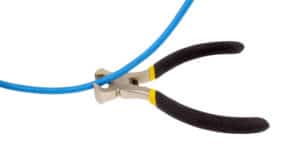 When you have a DUI or drunk driving conviction in Washington State, you also have an ignition interlock requirement. You’re pretty lucky, as there are states in which you face different restrictions, including a suspended license and no ability to drive yourself around. Still, ignition interlock devices are seen as an inconvenience, something to just deal with, not a quick solution to maintaining life as it was before a DUI.

That’s probably how this guy forgot he was tampering with his Washington State ignition interlock device.

You could also have more penalties, like another DUI charge, depending on the circumstances surrounding the ignition interlock tampering. Washington state requires ignition interlock devices for all drunk driving convictions. If that is not enough to get you to call for a safe ride home, think of the potential you have to destroy the lives of others… all because you refused to admit you were not okay to drive.

Frankly stated, when you have an ignition interlock requirement, the easiest way to get your life back is to just use the device as instructed, for as long as you are required to do so. Once you have completed the time, you can then look forward to completely restoring your freedom and independence, with a much better understanding of the reasons we do not drive under the influence of alcohol.

Previous Post: ← Oklahoma DUI Diversion: Addressing Dependence not Detention
Next Post: Your Bartender May Save You From a California DUI →