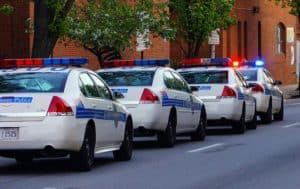 Maryland recently took a strong stance against drunk drivers in the state. Some have even said it was the toughest approach to reducing DUIs across the country. Noah’s Law, as it is now known, was signed into law, mandating ignition interlock devices (IIDs) for all drunk driving offenders in Maryland, regardless of the number of convictions they have or their blood alcohol concentration (BAC) at the time of arrest.

Now that the hard work is out of the way for the Maryland legislature and activists supporting Noah’s Law, the rest of the work has begun. Specifically, implementing the law so that everyone who is guilty of a DUI is held accountable, and is compliant with the new ignition interlock requirement.

Maryland’s new ignition interlock requirement will be effective on October 1, 2016 for anyone who is arrested and convicted of drunk driving on or after that date. Once Maryland goes full interlock, the state will join the majority of other U.S. states that are taking a strong stance against drunk drivers, and supporting the safe streets we all deserve.