You are here: Home / Resources / Health Concerns over Binge Drinking
May 13, 2013 by Editorial Staff 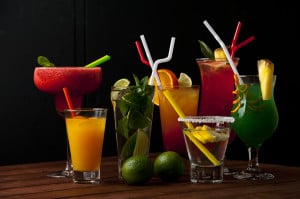 For women, consuming more than four drinks in about two hours is considered binge drinking.  For men, the number of drinks raises slightly to five drinks in about two hours. Both of these figures puts blood alcohol concentration (BAC) levels at or about the legal limit of .08%, where the risk of an alcohol-related traffic accident is high. The .08% BAC limit is recognized across the country, and any person who is caught driving at that level, or higher, will immediately face license suspension, jail time, ignition interlock installation, fines, attorney fees or more.

In addition to the risks involved with binge drinking and operating a vehicle while intoxicated, there are further health concerns to consider. Binge drinking can easily affect a person’s overall physical well-being, as the body has a difficult time processing large amounts of alcohol. This can result in days of illness, a loss of work or even strife in relationships. For some, a night of binge drinking can lead to alcohol poisoning and potential death, or, at the very least, a loss of motivation and productivity as the body tries to eliminate alcohol from the body. Recently, binge drinking has been linked to an increased potential for heart disease.

The biggest problem with binge drinking is that it exacerbates the tendency to make poor choices when drinking. As more drinks are consumed, especially at a rapid rate, the ability to make the choice to stop drinking is reduced significantly. Sadly, even those who drink on a regular basis have more of a tolerance to alcohol and have developed an ability to acclimate to the presence of alcohol, giving them a slight edge when it comes to making the choice to not drive while intoxicated. As such, it is no surprise that people who binge drink are credited as being the largest group of people who drink and drive.  The consequences involved with binge drinking and driving can be life-altering and even deadly. Making a smart choice to limit alcohol, enlist the help of a designated driver if drinking is part of a fun night on the down, or even entering into an alcohol abuse program can be some of the smartest choices a binge drinker can make.