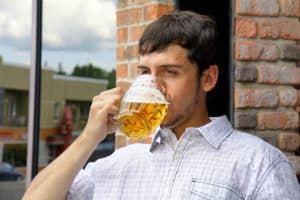 Habitual drunk driving isn’t new. All states have laws that ensure a habitual drunk driver has strict consequences for their actions, including an ignition interlock device. In many cases, that device and the high court costs, jail time and other penalties are enough to break the habit. Other times, the allure of another drunken joy ride can be too much to maintain common sense, especially when there’s heavy machinery involved.

A recent New Jersey habitual drunk driver was caught after neighbors reported him erratically driving a bulldozer down the road. His habitual drunk driving isn’t just behind the wheel of construction vehicles, although he had been busted previously on a backhoe. This was the man’s ninth DWI, which means he wasn’t terribly choosy about his getaway vehicles when drinking. Hopefully, after a lengthy jail sentence, his next type of machine will be the one that prevents him from drinking and driving again: an ignition interlock device.

Habitual drunk driving is still a problem across the U.S., even in states with strict DWI laws. More often than not, those states may have more problems enforcing laws than getting drunk drivers off of the streets. Obviously, an ignition interlock device cannot do its job on large vehicles like bulldozers, backhoes or forklifts. The devices can, however, ensure that the driver of most other types of vehicles is sober while driving.