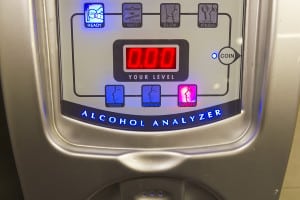 There are few surprises when it comes to the dangers of drinking alcohol and driving. With the large number of states in the country requiring the mandatory installation of ignition interlock devices for first-time DUI/DWI offenders; it is almost shocking that not everyone has learned the lesson to not drink and drive. As studies show, driving under the influence of alcohol is still a prevalent problem. Even if a person is not apprehended or convicted of the offense, and it is because of this lack of common sense, devices to prevent drunk driving are perhaps the best way to keep our communities safe.

Based upon the discovery that alcohol could be discovered in a person’s breath in the late 1800’s, technologies evolved from there to help with the problems that alcohol could cause in the wrong hands. The first breathalyzer was invented in 1927 by W.D. McNalley with women in mind. By testing the breath of a husband, a wife could easily decide whether he had consumed too much alcohol before letting him into the home. This use developed into other safety concerns, especially after the number of vehicles on the road began to increase dramatically.

The Drunkometer of 1931 was next, allowing for road-side testing of drivers suspected to have consumed too much alcohol before (or while) operating a vehicle. While to this point, there was no accurate measurement of the true blood alcohol concentration (BAC) of a driver, the testing methods continued to evolve into more modern methods.

1967 Britain not only introduced a more reliable method of discovering the true BAC of a suspected offender, but, it also was the first country to determine what level of BAC was considered “too drunk to drive.” With the Alcolyser, varying colors in crystals indicated the BAC level when the suspect’s breath was tested.

Today, breathalyzer devices use fuel-cell technology that is based on the past century’s discoveries of not only BAC, but, at what concentration a person begins to feel the various effects of alcohol. Because alcohol reduces a person’s ability to make sober choices, legislation and policies regarding ignition interlock devices have been implemented across the country and have drastically reduced the number of drunk drivers on our roads.

Breathalyzers and ignition interlock devices have a history that not only shows the ingenuity of invention, but, also the concern of people as lives were lost due to a drunk driver. From the earliest discovery of alcohol in the breath, to todays’ video-enhanced IIDs, the choice to drive drunk is quickly becoming a part of the past.