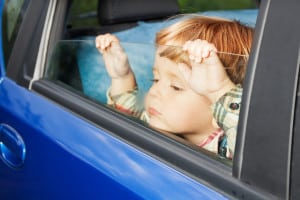 The consumption of alcohol have many immediate and long term negative effects on the health and overall wellness of the individual. Many people only think of the risk they are putting themselves at by drinking to excess. But alcohol consumption can have a serious impact on the people around us. One of the most important groups of people, who can be the most endangered by people around them drinking, is children.

According to the NIH, from 1996 to 1998 there were 317 reports of accidental alcohol poisoning. Many of these reports involved children under the age of twelve. A father in Los Angeles recently had his infant rushed to the emergency room after the father accidentally mixed a bottle with gin instead of water. In cases like this it can be difficult for doctors to act quickly, as checking an infant’s blood alcohol content is not the first thing on any doctor’s mind. Doctors described this as an apparent life-threatening event. This infant may not have survived this mix up if it weren’t for prompt medical attention.

According to the AACAP one in every five Americans grew up with an alcoholic relative. Because of this, these people are exponentially more likely to develop unhealthy drinking practices than people who grew up without alcoholics in the family. Many children who are raised by alcoholics suffer some form of neglect or abuse. Studies have shown a correlation between rates of abuse in children and their rates of drinking later in life. Children who are raised by alcoholic are around four times more likely to struggle with alcoholism at some point in their life than the average American.

Drinking and driving can also have serious implications for children. According to the CDC in the year 2010, 17 percent of traffic related deaths in children under the age of fourteen involved a drunk driver. Of the 211 children who died in alcohol related crashes, over half of them were in the car with the drunk driver. Before getting behind the wheel of a car, drivers should consider the children in their lives. Is driving under the influence really worth the risk it poses? What if you could save a life by taking a cab?