I Have an Ignition Interlock. Why Did My Auto Insurance Rate Rise?

You are here: Home / General Information / I Have an Ignition Interlock. Why Did My Auto Insurance Rate Rise?
October 8, 2015 by Editorial Staff 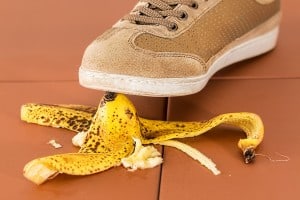 Once you have been through a drunk driving conviction, your life has changed… probably more than you ever thought it could. From the time of your arrest until you are first able to legally drive your vehicle again, you have seen the long road to rehabilitation after a DUI. Now that the dust is settling and you are required to have an ignition interlock device, you know you can’t just head out on the road after a few drinks (not that you would even consider it). Your auto insurance company knows that, too… so, why isn’t your auto insurance bill any lower?

Unfortunately, because you still made a choice to drink and drive.

In the future, we can all hope that the installation of an ignition interlock device will be enough to help lower the high costs of insurance after a drunk driving conviction. The success of the devices in reducing the number of drunk drivers on the roads is astounding. But, for now, when you drink and drive, you are committing to everything that comes along with it, for the long haul. That means that even if you’re a part of the majority of DUI offenders who never drink and drive again, you are still considered a dangerous driver, and you will have to pay the price until you can prove otherwise.