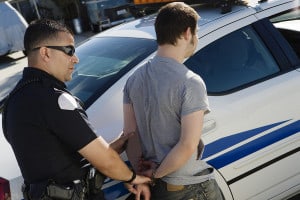 States have enacted several safeguards against the circumnavigation of ignition interlock devices. Service recalls are required once a month for ignition interlock devices. This helps to ensure that the devices are functioning properly and that they have not been removed or tampered with. If a device is tampered with it will trigger an early service recall and the incident will be recorded. If the driver attempts to hotwire the vehicle in order to circumvent the device the horn may sound and the cars lights may flash to alert nearby police. Many states also require rolling retests. These rolling retests alert the driver randomly while operating the vehicle, letting them know that a retest is required. Within a few minutes, a driver must pull over and submit a clean breath sample for the retest. If they fail to do this or if the test is failed the horn will sound and the car’s lights will flash. In some instances the car may shut off and require an ignition interlock device technician to service the vehicle before it can be started again. Other states are attaching digital cameras to their ignition interlock devices. These cameras collect evidence of who is blowing into the device. Ignition interlock devices also have heat sensors as a way to prevent people from using compressed air to pass the breath test.