Ignition Interlock Devices: Who Can Drive My Car?

You are here: Home / Resources / Ignition Interlock Devices: Who Can Drive My Car?
May 26, 2014 by Editorial Staff 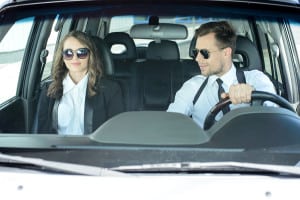 Who can drive my car if I have an Ignition Interlock Device installed?

Many states in the U.S. have now passed laws requiring first-time drunk driving offenders to install ignition interlock devices (IIDs) in any vehicles that are driven by the offender. Many first-time drunk driving offenders can be confused about the rules surrounding these IIDs, including who can drive a car with an ignition interlock device installed. Fortunately, the regulations may not be as strict as many people think.

A common misconception people have is that people other than the convicted drunk driver cannot drive a car with an IID installed. However, this isn’t true. Other people can drive an IID-equipped car or vehicle as long as they are sober and have a valid driver’s license. A driver must submit a breath sample before starting the car, so in order for any driver to start a car she or he must be sober.

It should also be noted that a sober person cannot start the car for a drunk driver. Ignition interlock devices are programed to submit “rolling retests” periodically while the vehicle is in operation. During a rolling retest, a driver has a certain amount of time to safely resubmit a breath sample. The driver can either do this while driving or he or she may pull over to the side of the road if it is more comfortable or safe. If a driver fails to submit a breath sample or fails the breath test the car’s lights will flash off and on and the horn will sound, alerting nearby authorities.