You are here: Home / News / Ignition Interlock Devices on School Buses
May 20, 2013 by Editorial Staff 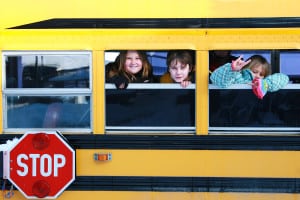 New York State is deciding whether or not to install ignition interlock devices (IIDs) on school buses. In the wake of a recent Long Island accident involving an intoxicated bus driver, many parents and community leaders say that installing IIDs on school buses is an excellent safety measure. Of course, not everyone agrees. Bus unions and others contend that most school bus drivers do not operate the vehicles while impaired and it is unjust to impose a restriction for criminals onto them. The New York Association for Pupil Transportation (NYAPT) made specific recommendations to the State Senate Transportation Committee earlier this month regarding the issue.

Ignition interlock devices (IIDs) are usually only ordered to be installed on vehicles driven by people who have been convicted of driving under the influence. The offenders are responsible for the costs related to the devices, which include installation, maintenance, and removal. Some experts say that installing IIDs on school buses in the state of New York would cost taxpayers about $100 million per year. Defenders of the proposed requirement maintain that if the proposed bill becomes law, only school buses manufactured after the year 2015 would need to have the IIDs installed.

Of course, this argument only addresses when the installation of the IIDs on school buses would occur, not the actual costs involved. Some say that the devices would cost about $200 per bus. With 58,000 school buses in use in the state of New York, that would mean the devices would cost taxpayers about $12 million per year. While considerably less than $100 million, it is still a sum worth discussing. Outside of the issue of funding, there is the fact that no children have ever been seriously hurt in any school bus accident caused by an intoxicated bus driver. However, child endangerment is still a serious issue.

While the recent DWI arrests of school bus operators understandably haunts parents and encourages them to push for improved safety measures, the issue is a divisive one. Parents and other supporters of the measure insist that when technology exists to help make school bus trips safer, it should be used. For them, IIDs on school buses are a common sense move. For people who don’t support installing the devices, there are other changes they recommend, such as increased random drug and alcohol testing of school bus operators and daily observations. Some say a law requiring IIDs on school buses is long overdue. Others think it is a step in the wrong direction.