Immigration, Deportation and Driving Under the Influence of Alcohol

You are here: Home / General Information / Immigration, Deportation and Driving Under the Influence of Alcohol
January 24, 2014 by Editorial Staff 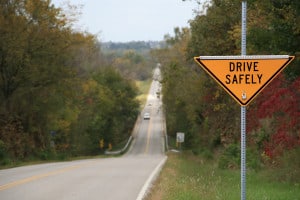 For anyone who has been convicted of an alcohol-related driving offense, the entire process can be one of embarrassment and regret, and one with life-long consequences. A DUI or DWI charge not only can cost a person an average of $10,000, but, it can affect that person’s ability to maintain employment, as well. For foreign-born individuals who have legally immigrated to the U.S., the consequences can be much harsher, however, if those individuals are convicted of an alcohol-related driving crime.

A DUI or DWI charge does not necessarily mean a legal immigrant will face deportation. In fact, many states will not consider a first-time charge grounds for any sort of deportation action, unless the charge is in connection with other aggravating factors. Some of these factors may include driving on a suspended license, endangering a minor or being found in possession of controlled substances or if other crimes occurred in conjunction with the alcohol-related arrest. There are definite guidelines, however, for any immigrant that continues to drive while intoxicated, including the same sentencing and consequences set forth for U.S. citizens, as well as the possibility of deportation. While these guidelines will vary from state to state, a U.S. immigrant is under the same expectation as a U.S. citizen – never to drive a vehicle after consuming alcohol.

There are plenty of reasons why people choose to operate a vehicle after consuming alcohol, yet, none of those reasons are good excuses to put the lives of others at risk. For anyone trying to work or live in the U.S. from another country, the consequences of a DUI or DWI could potentially reverse any efforts taken in order to gain immigrant status in the country. By driving sober and staying safe on the roads, a happy and safe life for many years can be assured, without the worry about immigration status, deportation and a loss of family or friends.