Why Do People Drink and Drive?

You are here: Home / Resources / Why Do People Drink and Drive?
October 28, 2013 by Editorial Staff 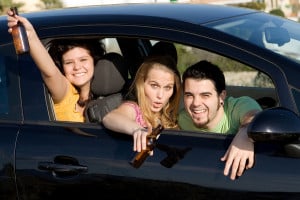 You’re at a party with friends, having a great time and sipping a few drinks as the hours pass by. There is music, great conversation, food and fun, and it seems like the perfect night. As the party wanes and people begin to leave, you realize you may be stumbling a bit, or you are slurring your words. You cannot remember exactly how much you have had to drink, but, now you have to make a decision: should you drive yourself home?

For anyone who has had the experience of being convicted of a DUI/DWI offence, the obvious choice should be to call a cab or ask a sober friend for a ride. With consequences like ignition interlock installations, attorney’s fees, court costs and driver’s license suspensions, it may even seem like there is not a choice but to arrive home safely. But, drinking alcohol changes a person’s perception, and the choice to drive while intoxicated is made far too often.

People drink and drive for a variety of reasons, but, no matter the justification, they are putting lives in danger. Many people who have been convicted of driving drunk in the past are not given second chances to make that decision, and are sentenced to use an ignition interlock device for a period of time, in order to change that behavior, illustrating that a person who has been drinking cannot make reliable and safe decisions regarding the choice to drive.