How to Report a Suspected DUI Driver

You are here: Home / General Information / How to Report a Suspected DUI Driver
October 25, 2013 by Editorial Staff 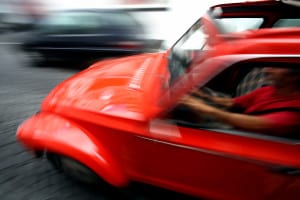 As drunk driving incidents continue to decline through the presence of law enforcement, awareness campaigns and the installation of ignition interlock devices, there are still a startling number of DUI/DWI arrests across the country. Around one-third of all vehicle-related deaths were attributed to drinking and driving in 2010, illustrating that while great strides have been made in keeping our roads safe, there is still more that can be done.

A person’s choice to drive after drinking is personal, and, as research shows, once a person has begun drinking, their ability to make safe choices declines. People who drink and drive, however, are rarely alone – whether leaving a party or a bar, or while on the road, and there are rarely enough police officers to monitor everyone’s drunk driving potential. In these cases, it becomes the responsibility of the average citizen to report a suspected drunk driver to the police, in order to increase the chances of saving lives of innocent victims.

There are many ways an impaired driver shows the signs of having a blood alcohol concentration that is higher than the legal BAC limit of .08%. At this level, or higher, a driver has lost the ability to fully concentrate on the road, and could be swerving through a lane, running traffic lights or stop signs, or otherwise behaving erratically. These signs would alert a police officer who would then begin the process of a DUI/DWI traffic stop. However, no citizen is encouraged to apprehend a DUI/DWI suspect him or herself. Instead, the following information should be called into a 9-1-1 number or local law enforcement agency:

Being a good citizen sometimes involves alerting the police to a potential drunk driver. While many feel that another’s choice to drink and drive is an issue of privacy, once that driver becomes a danger to others on the road, it is the responsibility of everyone to ensure our safety. The devastation that can happen through the actions of a drunk driver are lifelong, be sure to do your part and maybe you can even save a life.