Iowa Ignition Interlocks for Everyone?

You are here: Home / General Information / Iowa Ignition Interlocks for Everyone?
January 9, 2017 by Editorial Staff 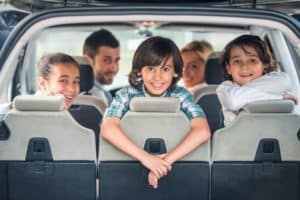 Right before the holidays, MADD released its annual report on the state of DUI laws in the U.S. Iowa DUI laws were given a low ranking, one which wasn’t taken too lightly: the lack of Iowa ignition interlocks for OWI offenders.

Yes, more Iowa ignition interlocks mean fewer DUIs. Statistics support that belief, MADD supports all-offender interlock policies… and we’ll all feel safer knowing that a convicted drunk driver won’t be able to repeat a mistake and possibly put us in harm’s way. But we still have to clarify how interlocks are used.

A recent editorial calls for ignition interlocks to be assigned to a convicted OWI offender. That way, the offender is wholly responsible for blowing into the device. But in all cases, an ignition interlock device is attached to a vehicle the offender owns or uses regularly. That vehicle can still be used by others as long as they’re sober and understand they have to blow into the device when prompted. Therefore, a family car can still be used by everyone in the family, and the OWI consequences don’t rock the boat too much.

We have to allow others to use Iowa ignition interlocks, even if they don’t have a drunk driving conviction, for the sake of the family car.

Now that we’ve cleared that up, we agree that more OWI offenders should be required to use ignition interlock devices. Currently Iowa law only mandates the devices for first-time offenses where the driver’s blood alcohol concentration (BAC) was at almost twice the legal limit, and for second or subsequent offenses. By enabling all first-offense OWI drivers to use an ignition interlock, the roads are safer and those drivers are more likely to never drink and drive again. Plus, they are able to maintain their job and other obligations, which is vital in preventing further offenses, too.