Is Coffee the Newest DUI Drug? 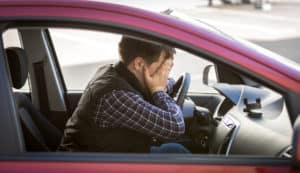 Coffee drinkers, there is a HUGE problem percolating behind the wheel, and this time it has nothing to do with the temperature of your drive-thru coffee. Instead, there’s a new danger on the road and the potential of being arrested for driving under the influence of… caffeine. Your favorite mid-afternoon pick-me-up may be enough to get you picked up for DUI drug driving.

A DUI drug doesn’t have to be intoxicating to affect your driving.

DUI, DWI, OWI charges define actions by a driver who is under the influence of alcohol or some type of prescription or street drug that inhibits driving. Caffeine stimulates the central nervous system and is classified as a drug, which is why this guy was arrested for a coffee-related DUI because his driving was impaired… by too much java. Fear not, the case was reduced from a DUI to reckless driving. It does bring up an interesting DUI scenario…

Marijuana is legal in Colorado, and a DUI from THC (the intoxicant in marijuana) could mean an ignition interlock device requirement, even though the device cannot detect THC. Legally, any influence that can cause a person to drive dangerously is treated the same as alcohol, that could include caffeine.  However, much like marijuana, a street drug or prescription medications, caffeine cannot be detected by an ignition interlock device.

It should go without saying that if you don’t feel like you are able to drive safely, you shouldn’t get behind the wheel. That means if you’ve been drinking or taking drugs, find a safe ride home. If your cold medication is making you drowsy, stay home. If you’ve got caffeine jitters and can’t sit still, add that to your list of reasons why sometimes calling a rideshare service is just the easiest way to steer clear of a DUI drug disaster.

Previous Post: ← A Texas DWI is Bigger than Average, Too
Next Post: Your Peak BAC is Your DUI Downfall →