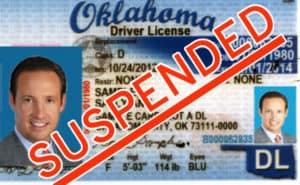 Oklahoma has had some big issues over the last year, especially where drunk driving is concerned. On a high note, the state passed its IDEA act and will better be able to track DUI numbers accurately. That means that anyone with more than one DUI in the state will now face the appropriate consequences for a second or subsequent crime. Previously, a DUI wasn’t necessarily entered into a statewide database to be considered in court.

The state hasn’t had an easy time in the last year with DUIs and the administrative challenges they place on state agencies. There’s a backlog of cases that need to be heard by the DMV, particularly those involving an ignition interlock requirement. That backlog is allowing accused DUI offenders the ability to continue driving without an interlock installed, potentially under the influence of alcohol again.

On top of that, a budget shortfall is forcing the state to reduce safety efforts through FY 2017. That means that despite administrative efforts to count those DUIs, there may not be as many officers to catch drunk drivers in the act.

Oklahoma has done a lot to increase the legal and administrative penalties for DUI, but with the additional challenges that progress has placed, there seems to be a long road to integrating it all together again. Until that happens, we can do our part to eliminate the dangers on the roads, too. If we have plans to drink, that plan should include a safe ride home, and if we notice someone is about to get behind the wheel while intoxicated we can do our part to get them home safely, or alert authorities that there is a drunk driver on the roads.

Previous Post: ← Call Out a New Mexico Drunk Driver with #DWI
Next Post: A Texas DWI is Bigger than Average, Too →