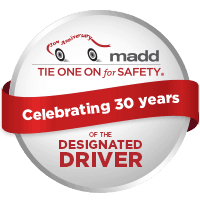 Knowing your friend has your back is priceless, especially when you’ve been drinking. Designated drivers weren’t all that common back when cars first flourished on American roads, about the time that Prohibition ended. Motoring and drinking both saturated the country, eventually giving rise to two important developments: car breathalyzer (ignition interlock) technology and the non-profit organization Mothers Against Drunk Driving.

MADD is celebrating 30 years of dedication to eliminating drunk driving this year.

Encouraging designated drivers was just the beginning for MADD. Today, we all rely on the organization to compel states to increase penalties for drunk driving, including expanding ignition interlock access for all DUI offenders. There is a rating system used to point out where each state may need to beef up its laws, from DUI child endangerment to ignition interlock devices to sobriety checkpoints and beyond. For MADD’s efforts, our streets are safer and drunk driving is a well-known danger, one that we are reminded of, especially during this time of the year with the “tie one on” campaign for designated drivers.

When you “tie one on” this year, make sure its your red, designated driver ribbon from MADD.

That particular campaign is one that is visible across the country. Schools send home ribbons with children, encouraging them to involve their parents. Liquor stores or other places where alcohol is sold often have the red ribbons, too. You can even contact MADD directly for ribbons to distribute, spreading holiday cheer as you encourage designated drivers in your community.

MADD is known as one of the most successful organizations in the world when it comes to advocacy for change and a positive impact on safety. The community focus and effect on our laws is obvious, and we look forward to seeing even more drunk driving prevention efforts throughout the next 30 years.