Could a Maryland DWI Conviction Help the Rest of Us?

You are here: Home / News / Could a Maryland DWI Conviction Help the Rest of Us?
June 6, 2016 by Editorial Staff 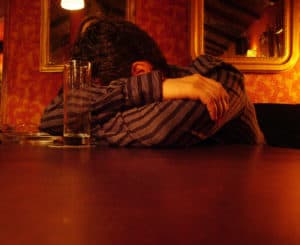 In October Maryland will require ignition interlock devices for all convicted drivers in the state. That day is the beginning of a new future, one that was seven years in the making until a young officer was struck and killed by a drunk driver. Noah’s Law, as it came to be called, was widely fought for across the state, with many left wondering why an ignition interlock requirement for all Maryland DWI offenders was even up for debate.

Last week, the man responsible for the death of officer Noah Leotta admitted his guilt in court, not much longer than a month after Noah’s Law was passed and signed by the Governor. In this case, he is not facing a long-term ignition interlock requirement, at least not at this time. As a result of the DWI that killed officer Leotta, the offender faces up to 10 years in prison, all of which will be decided in August. However, had the man been required to use an interlock after his prior Maryland DWI, this situation may not have ever happened.

The tragic loss of officer Leotta is what finally pushed Maryland to enact the new all-offender ignition interlock law. Across the U.S., there are still states that don’t require interlock devices until a second drunk driving conviction or for those with a high blood alcohol concentration (BAC). There are even states that treat a first-offense drunk driving incident as a traffic violation without criminal consequences. It shouldn’t take a tragedy to make those changes, just a commitment to safety on the roads.

MADD reports that in states with the all-offender interlock laws, drunk driving deaths have dropped by 30 percent. Perhaps it is time for us all to admit we have the power to change laws, and lives, just by supporting legislation in states still struggling for interlock support.

Previous Post: ← I Had a Few Drinks, When Can I Use My Ignition Interlock?
Next Post: WWYD: Lose Your Car or Gain an Interlock for a New Mexico DWI? →