WWYD: Lose Your Car or Gain an Interlock for a New Mexico DWI?

You are here: Home / Opinion / WWYD: Lose Your Car or Gain an Interlock for a New Mexico DWI?
June 7, 2016 by Editorial Staff 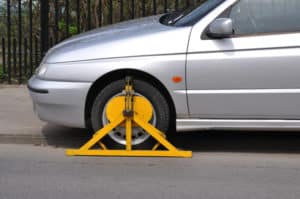 In New Mexico, a DWI can get messy, even before you’re actually convicted of the crime. New Mexico has a policy for habitual DWI offenders that allows the state to take away the vehicle used during the incident. On one hand, the policy makes sense, as it could be seen as one way to prevent any further attempts to drive while intoxicated. On the other hand, the policy also prevents an offender from driving while they’re sober.

That means the offender has a much harder time remaining employed, finding a job, getting to school or helping keep other family responsibilities together. That’s where an ignition interlock device becomes the better tool for helping to rehabilitate a New Mexico DWI offender, even one with several convictions. A person who is able to continue living life as normally as possible has a better outcome after a DWI. That same person can be prevented from repeating their crime, while going about their normal day, by using an ignition interlock device. Vehicle seizures could work adversely to that, encouraging more offenders to drive another car (without an ignition interlock) illegally, while possibly under the influence of alcohol.

Obviously, with a 36-year low in New Mexico DWI deaths, the state is doing something right with all types of drunk driving crimes. But, even Governor Martinez says the state still has a big problem with DWI. By attributing the decline in New Mexico DWI deaths to factors like ignition interlocks, DWI courts and mandatory substance abuse programs, the reliance on older tactics like vehicle seizure could be reduced or eliminated. After all, a DWI driver can have a healthy relationship with alcohol, and a responsible attitude toward driving only if they are still allowed access to their own vehicle where the only thing that could stop their recovery is an interlock test failure.