You are here: Home / Law / Misdemeanor and Felony DUI and DWI Charges
January 6, 2014 by Editorial Staff 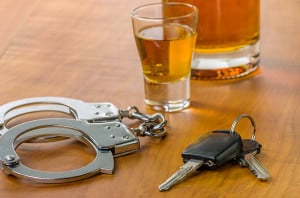 There are many different circumstances that go into the arrest and conviction of someone who has been driving while intoxicated (DWI), driving while under the influence of alcohol (DUI) or any other alcohol-related driving charges. Despite the different mitigating and aggravating circumstances involved in these charges, one of the biggest factors in these charges is whether a person is facing a misdemeanor or felony charge.

A misdemeanor DUI or DWI charge is typically a first-time charge where a person has made a poor judgment call when it comes to driving while intoxicated. Rarely does a person with several DUI/DWI charges receive a misdemeanor, nor is he or she considered a danger to others. A misdemeanor charge and penalties are designed to keep an offender from committing the same crime, which is why there is little jail time, lower court costs and fees and less time involved with community service, probation and ignition interlock requirements in many states.

Felony DUI and DWI charges are designed to penalize those with multiple offenses. Since habitual drunk drivers are seen as more of a serious threat to public safety, it is likely that after a first conviction, anyone who is found guilty of driving under the influence of alcohol will receive a felony DUI or DWI charge. Additionally, felony charges are often applied to drivers who have a high, or “hardcore” blood alcohol concentration when tested at a traffic stop, cause serious injury or death to others, endanger minors and many other factors. The felony penalties are much stricter than those for a misdemeanor, and a felony charge, in general, has life-long consequences.

Keeping the roads safe from the dangers of those who would drive while intoxicated is a priority of law enforcement officers, legislators and public safety officials across the country. No matter if a person is facing a misdemeanor or felony DUI charge, the action of driving while intoxicated is serious and can impact the lives of everyone on the roads, as well as their families and loved ones.