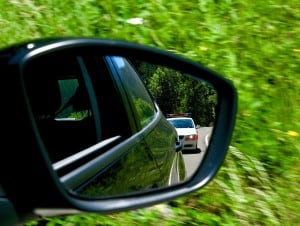 Being stopped for a suspected DUI in Mississippi can be nerve wracking, even if you’ve not had a sip of alcohol. But nervousness isn’t an excuse for refusing a DUI breathalyzer test by an officer, and if you have been drinking, that refusal can land you in trouble… double trouble.

Mississippi is an all-offender ignition interlock state, which means that even on a first-offense DUI, you will be required to install an interlock in order to regain your ability to drive legally. When you refuse the initial breathalyzer test, you are in immediate violation of the state’s law, and your refusal is viewed almost as if you are admitting to drinking and driving. As such, you not only have to serve out your administrative license suspension and/or any judicial license suspension, but, you also will be required to have double the time required for your Mississippi ignition interlock.  So, when you refuse a DUI breathalyzer test, you’re pretty much asking for a lengthy commitment to an ignition interlock device.

Of course, you have other choices that can be made prior to any breathalyzer or sobriety testing. You could choose to not drive if you have been drinking. That keeps you from making a mistake that can affect your freedom, and it keeps the streets safe for others. Because a DUI in Mississippi can cause so much personal and financial devastation, there are plenty of great reasons to stay sober when driving, and no good reason to take a chance on the alternative.

The best thing to refuse in Mississippi is to drink and drive, that way you are assured of your ability to maintain your life as you please. Refusing a breathalyzer test can only lead into the “double trouble” ignition interlock requirement, and plenty of other consequences that are much more nerve wracking than finding a safe way home.

Early License Reinstatement with a Colorado Ignition Interlock
Next Post: It Wasn’t Me: Your Friend “Blew” Your Interlock