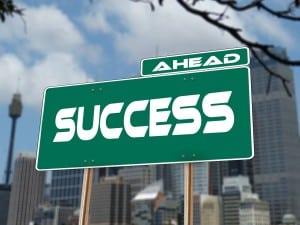 In days past, it used to be that after a person was arrested for drinking and driving in Missouri, their license was usually suspended or revoked until the DUI hearing in front of a judge. After that, the terms of reinstating driving privileges were left to the court to define, according to the law. Things are different today, especially when it comes to a DUI arrest and pending criminal charges. If you want to keep driving in Missouri, you have the state’s Admnistrative Alcohol Law and your ignition interlock device to get you back on track after a DUI.

Missouri Administrative Alcohol Law relies on your blood alcohol concentration (BAC) at the time of your arrest for a DUI or DWI. For adults, that BAC limit is.08 percent, and for anyone under the age of 21, the BAC limit is .02 percent. Missouri, like many states, currently allows the driver’s license authority (MDMVA) to take over the suspension of licenses immediately after a DUI/DWI arrest. Also, if you refuse the breathalyzer test, you will also face an administrative license suspension or revocation under this law.

Administrative alcohol laws take care of the time gap between arrest and final court date after a DUI, allowing for safer roads and a way for a DUI offender to legally drive after a drunk driving arrest. That gap is the time you can use to get to any legal appointments, take care of family obligations, work and have your ignition interlock device installed. Administrative licensing laws and ignition interlock devices, together, are successfully reducing the number of repeat drunk drivers on Missouri roads while increasing the quality of life for a DUI offender. All of which adds up to a better, more streamlined approach to keeping our streets safe from dangerous drunk drivers.

Previous Post: ← Can I Drive in New Mexico Without an Interlock?
Next Post: Car Stereo Installers and Ignition Interlock Service Providers →