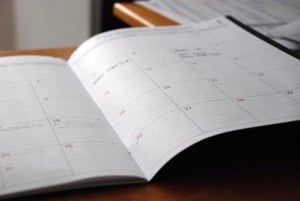 Planning out the future can be fun, and sometimes, it can be frustrating. Six months may not seem like a big deal, but to some, it can be an eternity. Like in winter, when we all start to look forward to the summer months or when planning a vacation that is half of a year away. Six months has its good side and its bad side, and that’s even true after a DWI in Missouri. You’ve got six months of good and bad to look forward to if you drink and drive: a six month ignition interlock device (IID) requirement, even if it is the first time you’re caught.

Missouri has a “six month rule” for ignition interlock devices that keeps the streets safe from drunk drivers. You could have one night where you misjudge your sobriety and are caught by law enforcement, or you could have a pattern of habitual arrests and convictions for drinking and driving. Still, Missouri  doesn’t see a difference, and no matter what, you’ve got at least six months with an ignition interlock device before you can resume your life as before…  at least six months.

Six months can be a long time to wait for something you want, but it can also be a long time to commit yourself to something you see as more of an inconvenience than anything. The best advice to avoid a six month ignition interlock requirement in Missouri is to have a plan before you go out drinking. You can always commit to a designated driver or use a taxi or ride share service. That’s a much shorter commitment that goes the distance, especially when you consider the tragedy that could unfold when you drive under the influence of alcohol.

Six months, one year or more is a commitment that you should want to have. In Missouri, when you drink and drive, you’re risking more than time and you’re taking away others’ ability to choose their next six months. By staying committed to sober driving, everyone gets to spend their months as they choose, and isn’t that the best way to plan for the future?