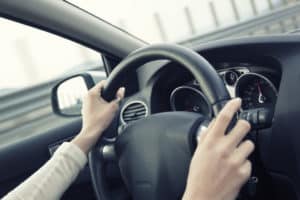 As of today, an Oklahoma ignition interlock device is only required for high blood alcohol concentration (BAC) offenses or for second or subsequent DUI convictions. If passed, the new law will require all drunk driving offenders to use the devices. In exchange for installing and maintaining an Oklahoma ignition interlock device, offenders can get their licenses back faster and maintain life, work and family obligations easier than with a suspended or revoked license.

In the last year, Oklahoma has done a lot to increase safety on the streets. By enacting the IDEA act, the state shored up its method of accurately counting the total number of DUI convictions a person had. Before that, there was not a central database of information available for judges to use during the sentencing part of the legal process, nor could prosecuting attorneys accurately charge an offender with the number of offenses. While the state has had a few bumps in the road as it streamlines its process, it seems there was perhaps additional reasons to get that database in place: Oklahoma ignition interlock expansion.

Even if that isn’t the case, the strides the state has been making in strengthening laws is commendable. The Oklahoma ignition interlock program has already been given plenty of praise for its effect on safe streets in the state. Now more offenders may be able to take advantage of the devices and the freedom they restore to those lives while keeping the streets safe from further drunk driving incidents.