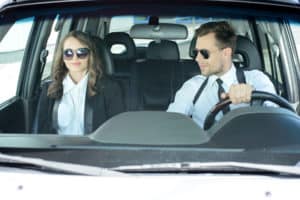 In comparison with other states that share the Midwest label, Nebraska seems to have its priorities straight when it comes to reducing DUIs. Even MADD couldn’t help but notice that Nebraska is fighting the Generation X Midwest DUI Guy stereotype, and awarded the state four-and-a-half-stars out of five for its efforts. Those efforts include:

Another thing that Nebraska is doing right is embracing Rideshare services like Lyft and Uber. While seemingly a no-brainer, not all states or areas have caught on to the DUI-fighting superheroes that arrive almost literally at the push of a button. If a person feels they may be intoxicated, having a quick and affordable way to get home can make the difference between life and death.

Lincoln, NE DUIs are down by 30 percent, marked by the arrival of Lyft and Uber to the city in 2014.

Not only are the Nebraska DUI laws reflective of a stance for safer roads, but the residents are taking charge of their own safety too. The state has reported a lower number of DUI fatalities in 2016, a trend we expect will continue this year and beyond. It goes to show that when you empower people with an understanding of the dangers of drunk driving, and a smartphone to help get them home safely, most will go ahead and make a safer choice. When you treat drunk driving as no big deal, people will also act accordingly. We know which side we’re on.

Rideshare services give more people the power to determine their own fate, and in Nebraska’s case, that means the are literally choosing life over death. Hopefully, as more people grow to trust those services, and they become available in all areas, we’ll continue to see the reduction of DUIs in Nebraska, and across the U.S.