Moving to a New State with an Ignition Interlock

You are here: Home / General Information / Moving to a New State with an Ignition Interlock
July 22, 2016 by Editorial Staff 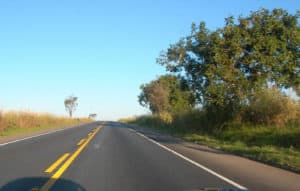 Every year, each state has a chance to update and strengthen its own drunk driving laws. In 2016, we saw Pennsylvania and Maryland both adopt all-offender ignition interlock policies, joining the majority of states with similar drunk driving consequences. Since each state can determine those laws, it can get a little complicated for an offender who is convicted of a DUI in one state and then has to relocate to another. That ignition interlock requirement can get a little tricky, too.

Ignition interlock requirements vary, depending on your state and your motor vehicle licensing agency.

When you have to relocate or move and you have an interlock, you are responsible for fulfilling all of the obligations of your court order, or having your judgment amended to reflect your new state’s requirements. Your ignition interlock service provider is your go-to resource for finding out exactly what the process is and how to ensure you are compliant with both your old state and where you will be relocating. Most ignition interlock service providers are available in multiple states or can work together to ensure no data is lost. You will also need to inform the court, the DMV or licensing agency in your old state, your probation officer, etc.  It isn’t much different than having an ignition interlock from a DUI in one state when you already live in another.

Even if you live in a new state, the state in which you received your conviction may still be expecting regular data reports that show you are using your ignition interlock device. Any attempts to drive without the device or failure to report for your calibration and service appointments will cause further action against you, possibly even further criminal charges.

When you have an ignition interlock requirement, everyone wants to make sure your experience is as seamless as possible, so that you remain responsible behind the wheel. Moving to a new state with the interlock shouldn’t be an exception to that rule. As long as you do your part in keeping all interested parties informed, you should still be good to go, no matter where you  live.