Your Multiple DUI Convictions in Florida Can Destroy Lives

You are here: Home / Law / Your Multiple DUI Convictions in Florida Can Destroy Lives
October 1, 2014 by Editorial Staff 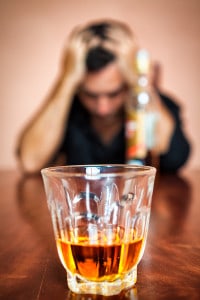 If you are a repeat DUI offender in Florida, you already know the danger you are to others on the road. The choice to drive under the influence of alcohol is risky, and more often than not, others pay the price for your lapse in judgment. Statistics show that half of the fatal vehicle accidents attributed to alcohol use in Florida are caused by repeat DUI offenders. In fact, in Broward County, Florida, a woman was recently paralyzed as the result of a driver with multiple DUI convictions who chose to drive while under the influence of alcohol. As her life is forever changed, the next obvious question is what will happen to the man who keeps driving while drunk, even after multiple DUI convictions. What would happen to you?

It used to be that a first-time drunk driving offense was treated as a mistake, with few consequences to the driver unless there was property damage or a victim was injured (or worse) during the incident. Now, with states cracking down on drunk drivers, even the first time you are convicted, you could face jail time, license suspension, ignition interlock requirements and more. Plenty of states are focused on first-time DUI offenders and stopping them from driving drunk after a conviction, but, when a person has multiple DUI convictions and still gets behind the wheel while drunk and causes another’s life to change forever, even those first-time DUI laws can seem too lenient.