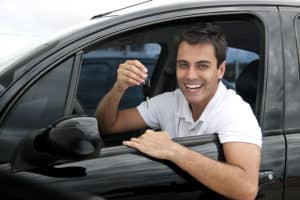 Across the U.S., DUI and drunk driving laws are being refined and strengthened. Unfortunately, that also means that some people are pushing back against the laws and the consequences for breaking them. We’ve seen plenty of headlines about DUI and ignition interlock loopholes, but those are myths and usually just increase the penalties faced by offenders. However, Nebraska’s ignition interlock loophole is a different story.

Wouldn’t you take a chance on an ignition interlock loophole to get out of a DUI hearing?

Nebraska’s ignition interlock loophole allows DUI offenders to waive their administrative (DMV) hearing after a DUI arrest. Those hearings are separate from any court or judicial hearing and come with their own penalties and consequences based on the criteria set forth by the Nebraska DMV. Instead of having another set of rules to follow after the DUI, the Nebraska ignition interlock loophole simply says that if you’re eligible to install the device, go for it. You don’t have to worry about your DMV hearing – you can just move ahead with life.

That ignition interlock loophole doesn’t mean you’re not expected to show up in court.

Many states have separate criminal and administrative procedures for drunk drivers. In many cases, the split allows the driver’s license authority more control over who may attempt to drive illegally. It also serves as a stop-gap solution when judicial DUI hearings are backlogged, imposing consequences before a conviction and helping keep us all a little bit safer from further drunk driving attempts.

Technically, there’s no actual ignition interlock loophole in Nebraska or anywhere else. There’s just using the device to get out of a DMV hearing and back in the driver’s seat… legally. Avoiding a DUI is your best bet to staying out of the courtroom and leaving those consequences behind, and the best way to do that is to always have a safe plan to get home if you’ll be drinking.

Previous Post: ← Would You Rather: IID or License Suspension?
Next Post: BAC and Your New Mexico DWI →