BAC and Your New Mexico DWI

You are here: Home / General Information / BAC and Your New Mexico DWI
October 4, 2016 by Editorial Staff 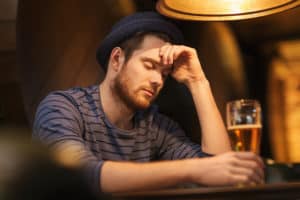 The fastest way to determine a potential DWI offender’s level of intoxication is through that breathalyzer test administered by law enforcement. Blood alcohol concentration (BAC) is the measure by which you can be found legally guilty of a New Mexico DWI. But the BAC that is measured doesn’t have to meet or exceed the national limit of .08 percent, it can be lower and you can still be convicted of a DWI. Your behavior and judgment are just as important as your BAC when you’re suspected of a DWI.

A New Mexico DWI can occur at any BAC, or even if there’s no evidence of an offender’s BAC. Law enforcement is trained to spot the signs of an impaired driver, both as they are driving and during those traffic stops. The observations of the officer, along with any other evidence can be used in the police report that is then part of your court experience. This policy ensures that an offender who may have less tolerance for alcohol and is “intoxicated” at a lower BAC is still penalized for their risky behavior. The same scenario applies to those who are intoxicated or impaired by prescription medications, illegal drugs or over-the-counter medications.

BAC has another role in a New Mexico DWI. If convicted, it is mandatory for any offender to install and maintain an ignition interlock device. That device requires a BAC sample each time the offender goes to start their vehicle and periodically as they are driving. If the sample registers any amount of alcohol, the offender is violating the terms of their DWI conviction.

There are a lot of numbers to be concerned with when heading out for a night of fun. BAC percentage and the number of a safe ride home should be at the top of that list, even if you don’t plan to drink too much.