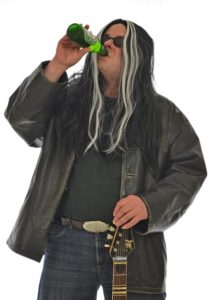 When it rains, it pours… and when there’s an Oklahoma DUI bottleneck, a whole stream of new safety measures can become a bigger problem than before. Recently, the state passed the Impaired Driving Elimination Act to help streamline the DUI offender information in the state, but that database upgrade will take some time. In the meantime, people are finding their wait time for a court date and a DMV hearing intolerable, taking to the streets without the added protection of an ignition interlock device.

An ignition interlock device is required for most Oklahoma DUI offenses, either in court or through the DMV.

It is estimated that a DUI offender has driven under the influence 80 times prior to an arrest.

The new Oklahoma DUI information law is focused on accurately holding offenders accountable for the number of crimes they’ve committed. That alone shows that the state is committed to increasing the safety of the streets and fighting drunk drivers. This new backlog, however, may need to have a similar plan to remove the bottleneck and streamline the entire DUI Process. An Oklahoma DUI is a big deal, but if an offender is kept waiting for their penalties, the nature of the offense is taken much less seriously, but with much more serious potential results.