You are here: Home / Resources / New Mexico is Top in Ignition Interlocks
April 9, 2015 by Editorial Staff 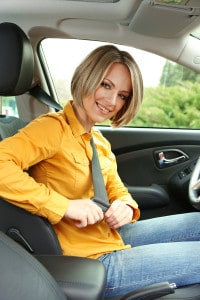 New Mexico requires ignition interlock devices for all DWI offenders, even if they’ve never had a drunk driving conviction before. That means that whether a person made a bad choice one night after drinking or has exhibited a pattern of habitual drunk driving, they will be required to install and use an ignition interlock. By targeting all DWI offenders, New Mexico has seen tremendous results in reducing the personal and financial impact of drunk drivers across the state. In fact, the effectiveness of these devices and the supporting programs has helped decrease alcohol-related vehicle fatalities by 40 percent – a stellar sign that New Mexico is on the right road to safety for all residents.

Currently, it is estimated that 57 out of 10,000 New Mexico residents use ignition interlock devices, a seemingly small number, despite having the largest rate of installations in the country per capita. But, that small number is making great strides in keeping its streets safe from harm, and encouraging healthy behaviors where alcohol is concerned.  Being known as the state with the most ignition interlock devices isn’t a bad thing, it shows a commitment to sober driving that is an example for all other states in the U.S.

What’s all the Fuss about Ignition Interlock Devices?
Next Post: Please Take the Keys from Your Drunken Friend