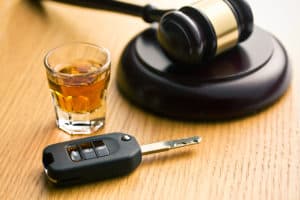 In 2016, several states made changes to their ignition interlock and drunk driving laws. Both Pennsylvania and Maryland adopted all-offender interlock requirements and Texas gave any DWI offender the ability to voluntarily install the device, rather than wait out a suspended license. Smaller, but just as important gains were made in other states, as well. Missouri, for instance, updated some of the consequences for attempts to circumvent an ignition interlock when it is required for a drunk driving conviction.

Currently, Missouri ignition interlock devices are only mandatory after a second or subsequent DWI or for high blood alcohol concentration (BAC) convictions. However, a low-BAC, first-offense DWI suspect can opt for a device instead of serving a 30-day suspension through the DMV. The new regulations are more concerned with people who try to drive without an interlock installed and those who knowingly loan a vehicle to another person with an interlock requirement.

Driving without an ignition interlock, whether ordered by the court or in lieu of a license suspension, will result in a class A misdemeanor charge against the DWI offender. That could also mean that offender faces additional time with the interlock requirement, removal from the program, a fine and possible jail time.

If a person is found guilty of knowingly loaning their vehicle to someone with an interlock requirement, they also face a Class A misdemeanor charge in court. If convicted, that person is also looking at a fine and possible jail time.

As we look toward the new legislative season starting at the end of 2016, we are happy to see the forward progress that many states have made to keep the streets safe from drunk drivers. Between expanding access to ignition interlock devices to increasing penalties for circumventing the requirements, the devices are being given their due credit, and we are all benefitting from the efforts.