It’s My First Ignition Interlock Fail – What Happens Next?

You are here: Home / General Information / It’s My First Ignition Interlock Fail – What Happens Next?
August 12, 2016 by Editorial Staff 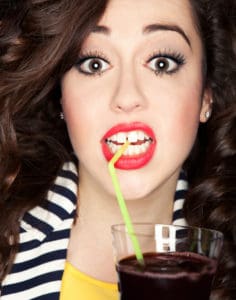 Nothing is as nerve-racking as feeling that your world is under a microscope. Once you have a DUI and an ignition interlock device, you sense pressure to do everything as perfectly as possible. Of course, you’ve already sworn to yourself that you’ll only drive if you are sober for the rest of your life. You can even prove your commitment with your interlock. Only you’ve just had your first ignition interlock fail – you are in full panic mode.

What should you do after an ignition interlock fail?

Breathe. Seriously, that’s the best advice if you want to make it through just how awful you are feeling. That ignition interlock fail is only a problem if you’ve been drinking alcohol and were trying to drive. If that isn’t the case, then you just have to breathe. Slowly, while sitting in your car, until you are prompted to submit another breath sample. Your ignition interlock device is built to give you a few chances to prove you are sober enough to drive. There are a few reasons for these extra chances, including the possibility that a food or mouthwash you recently used contains alcohol and it needs a few minutes to dissipate from your mouth. More than likely your second chance will clear you to drive as normal, without a ding on your clean driving record.

The big thing with an ignition interlock fail is that as long as you’ve not been drinking, you are okay. If you have been drinking and you have an interlock fail, that means the device just saved you from making a big mistake and that you need to shut off your car, find a safe way home and face the consequences once you’re sober enough to do so.