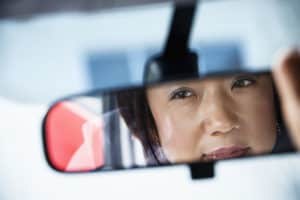 In any state in the U.S., the consequences for criminal actions increases due to the severity of the crime, as well as the number of convictions a person has. Aside from crimes that have a mandatory life sentence in prison or capital punishment, these different levels of criminal convictions tend to start as low-level misdemeanors. DUI or drunk driving crimes are no different, and generally speaking, once you have three or four DUI convictions, you’re no longer looking at a misdemeanor but a felony, and all of the lifelong consequences of that conviction. Some states, however, take into account a DUI lookback period when tallying up that number, giving a little credit for good behavior over the years, even if there’s a second, third or fourth conviction in a lifetime.

DUI lookback periods are defined on a state level. For example:

A DUI lookback period is important because it allows for a certain measure of leniency in a courtroom, at a judge’s discretion. However, not everyone agrees that there should be any wiggle room for a drunk driver or a subsequent DUI conviction, even if it occurs decades after a first-offense DUI. As more states begin to adopt all-offender ignition interlock requirements, the need for a DUI lookback period isn’t as vital: an interlock increases the chances of another DUI never happening again. However, even with an interlock, more convictions within a lookback period mean more time with the device.

An ignition interlock is a lot less restrictive than a felony conviction, and can be used as a tool to turn your life around before a DUI lookback period is even a consideration in your future. After satisfying all of the consequences of your first DUI, use that experience as a reason to never look back on your night of bad judgment, and look forward to a future full of sober driving.