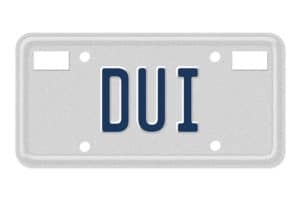 The word on the street is that dangerous drunk drivers are increasing the rates of Colorado DUI incidents to such an extent that law enforcement is looking into new methods to discourage DUIs. Well, the new method is actually an old one – public shaming. The Colorado State Patrol asked followers on Twitter if they would support “scarlet letter plates” for drunk drivers. In fact, many think that this solution would only exacerbate the problem of drunk drivers, rather than solving it.

Scarlet letter plates, sometimes called “whiskey plates,” are special license plates that a few states use for DUI offenders. The idea is a public acknowledgment of a person’s drunk driving will make him or her think twice about repeating the crime. However, there are two problems with this solution. The first is that a person who thinks they are okay to drive after drinking is probably not concerned with those license plates. Bad judgement is bad judgement. In addition, special license plates do not have magical powers to stop a person from drinking and driving once they are installed on a vehicle.

Along those lines, a suspended or revoked driver’s license also does nothing to stop a person from driving. There are more penalties involved in driving illegally, but there is no actual mechanism to prevent those people from getting behind the wheel of a vehicle and driving.

The only thing that stops a person from driving under the influence is an ignition interlock device – a device which prevents a vehicle from starting if it detects alcohol on a driver’s breath. Given that a Colorado DUI offender has already made at least one bad choice where alcohol is involved, the honor system is no longer a reliable method to prevent drunk driving. Instead of pointing out the DUI offenders on the road, or hoping they do not drive with a suspended or revoked license, relying on devices like ignition interlocks seems to be the only solid plan to stop the rising Colorado DUI rates.