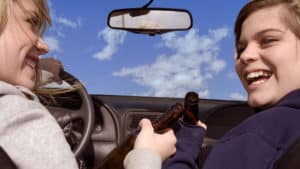 It is important to have honest conversations with teens about consequences of their actions. They need to be aware that some things in life have to be taken seriously. One of the most important of these conversations should be about alcohol consumption and driving afterward.

The entire United States has a zero-tolerance policy for underage drinking. Nowhere in this country you can get behind the wheel of a car after even one drink while underage and not be charged with an underage DUI if you get pulled over. In Arizona, if you are caught driving under the influence before the age of 21, the consequences are severe. Impaired driving is not required, merely a BAC of .01% or higher, to be charged with an Arizona underage DUI.

With an Arizona Underage DUI, just like a standard DUI, you don’t even have to be driving. If you are in actual physical control of the vehicle, you can be charged. In other words, if you are sitting in the driver’s seat on the side of the road, sleeping or awake, with the keys on your person, a DUI charge can be made.

The consequences for an Arizona underage DUI can include:

An ignition interlock device installation may even affect the parent’s vehicle and access to it, not only will the offending teen have to use it to operate the vehicle, so will the parent. As well as affecting the teen and the parents’ vehicle(s), it will affect the teen’s insurance rates which also impacts the parents’ pocketbook Some insurance companies will terminate the policy completely if there’s an underage DUI conviction and others will raise their rates by $100-200 per month. An underage DUI has consequences for both teens and parents, talk to your children about underage drinking.