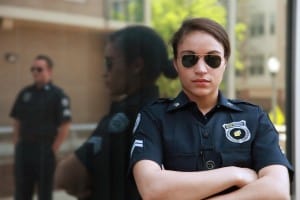 Despite having some of the toughest drunk driving laws in the U.S., New York state has a problem with actually getting those offenders into court to face their crime. There are very few defenses a person has when faced with a DWI, especially when there is documentation of the offender’s blood alcohol concentration (BAC). However, if a person is stopped under the suspicion of driving while intoxicated and refuses a breathalyzer or blood test in New York state, they may never be convicted of the crime.

That’s the problem with the state’s “no refusal” policy, and how it is impacting an otherwise strict stance against DWIs in the state.

Everyone has a constitutional right to refuse a breathalyzer test, despite its being part of the agreement signed when applying for a driver’s license. In most states and the majority of counties in New York, refusing a chemical test will trigger an immediate response, including license suspension and consequences that are similar to an actual DWI. However, in some counties in New York, refusing the test can lead to a plea bargain once the offender gets into court, as there is no proof of the BAC at the time of arrest. Without that BAC proof, the “DNA” of drunk driving, the accused may be cleared of his or her crime, avoid consequences like an ignition interlock device, and eventually be free to drink and drive again.

Most states look to New York as an example of strict DWI consequences that still allowing offenders the freedom to rebuild their lives through rehabilitation programs and ignition interlock requirements. But, until the loophole is closed with the “no refusal” problem in the various counties, the example being set is not one of criminal punishment, but, more about how to get away with a crime, just by saying,”no.” It is a shame that anyone is given the chance to risk injury to others just by refusing a breathalyzer, and we hope those counties step up to eliminate that possibility all together.