No More SUI – Shopping Under the Influence

You are here: Home / General Information / No More SUI – Shopping Under the Influence
June 9, 2017 by Editorial Staff 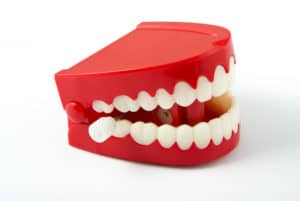 How did you end up with three matching kayaks and a box of ping pong balls? Perhaps your determination to stay home and drink safely resulted in a new, less dangerous, but still just as expensive habit: SUI. SUI or shopping under the influence (of alcohol) is rapidly becoming a problem, at least for those who must foot the bill for their intoxicated spending sprees. Where do people turn to when trying to battle their “UI” demons? Breathalyzer technology, that’s where.

Breathalyzer technology is generally thought of only in terms of drinking and driving. Law enforcement uses it for testing blood alcohol concentration (BAC) when ascertaining whether a suspect is legally intoxicated or not. That same technology is used in ignition interlock devices to prevent DUI offenders from making another intoxicated mistake. That has led to pocket breathalyzers and smartphone breathalyzers that have seemingly evolved into a way to make sure we don’t SUI.

The app works just like a breathalyzer or ignition interlock device. Blow into the mouthpiece and your BAC is calculated. If the BAC measures at or above a certain level, then you are not allowed to spend your hard-earned money on things you wouldn’t buy if you were sober.

Just one final point. As long as people are home while drinking, they’re not on the roads trying to drive. It probably isn’t too likely that they’re spending more than the cost of a DUI (upwards of $10,000) and what’s the harm of shopping on a drunken whim, anyway? The advances in breathalyzer technology are creating all types of situations where people are aware of the effects of alcohol on their decision making, which may lead to better judgment before they head out for a night of drinks with friends. These little gadgets that are preventing alcohol-infused decisions are slowly taking over the world, teaching lessons too many people used to ignore.