What Noah’s Law Can Do for Rising Maryland Road Fatalities

You are here: Home / Opinion / What Noah’s Law Can Do for Rising Maryland Road Fatalities
May 17, 2016 by Editorial Staff 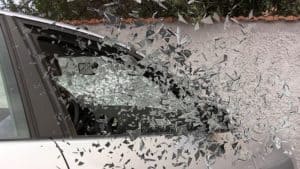 Maryland is riding a huge wave of relief from the recent passage of its all-offender ignition interlock law. “Noah’s Law” will continue to protect the state from the dangers of repeat DUI drivers, a move that is long overdue and exciting to see in action this fall. In the meantime, there are other concerns on Maryland’s roads, most notably the rise in road fatalities in the state that aren’t related to alcohol or drugs; a 17 percent rise that follows an unfortunate national trend as well.

According to the Maryland Highway Administration, the increased number of deaths on the roads were for bicycle riders, commercial drivers and young drivers. The reasons for the rising numbers vary, attributed to the rise in prescription drug use or to more people out on the roads. A better economy means more people are driving, according to the Governors Highway Safety Association (GHSA), and they’re not always driving responsibly. The usual suspect – driving under the influence – wasn’t cited as a reason, perhaps an indication that current ignition interlock policies in Maryland and across the U.S. are keeping those numbers at bay.

The Maryland Highway Administration does caution that fatigue has become a part of road fatalities, and of course, texting while driving is at the top of the list of bad driving behaviors across the U.S. While we are eagerly anticipating the reduction in subsequent DUI incidents on Maryland’s roads with Noah’s Law, we cannot forget that it isn’t always alcohol that causes these problems, and that we can all do more to keep our roads safe.

Since Maryland’s road fatalities follow a rising national trend, perhaps we can reduce those numbers across the country. With Noah’s Law and the example of ignition interlock expansion in Maryland, we already have an excellent road map. We just have to work together to use it.